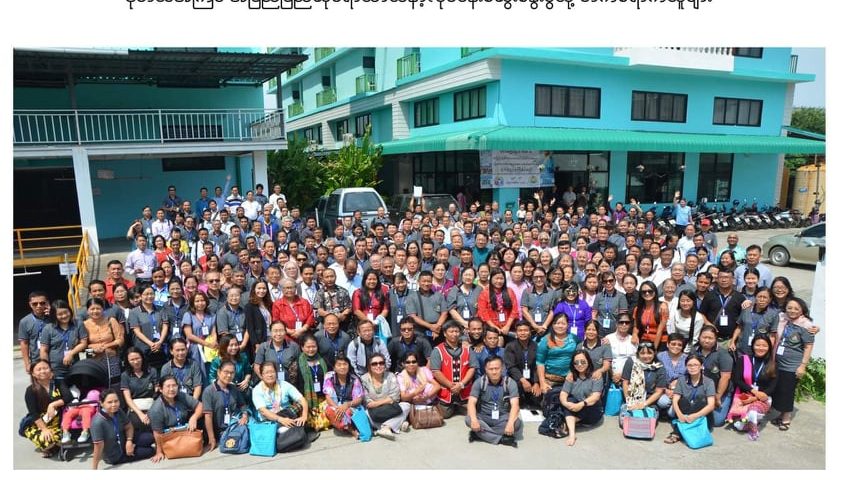 The second mission conference of International Myanmar Baptist Fellowship (IMBF) was convened at the Eden Garden Resort Hotel in Chiang Mai, and the opening ceremony was held on 24th September 2019. A total of 375 participants from various part of Myanmar, Thailand, USA, Australia, Canada, Singapore, Philippines, Japan and Norway. It constitutes Ministers, Pastors, Religious workers, Faculty members of Theological Institutes and also missionaries/evangelists worship with various Baptist communities in the about countries.
The theme of the conference is “Mission of the Holy Spirit” (1Cor 2:12-13, Zech 4:6, Acts 1:8). The opening ceremony was chaired by Rev. Dr. Saw Ler Htoo (coordinator of the conference) and was opened with an opening prayer by Rev. Dr. Zaw Win. Then, the General Secretary of IMBF Rev. Mehm Tun Than reiterated in brief the history and mission of IMBF and also shared the purpose and aims of the conference.
Later, the General Secretary of Christian Conference of Asia (CCA) Dr. Matthew George Chunakara delivered words of greetings and shared with the participants how CCA collaborated and coordinated with the Myanmar Baptist Conference (MBC) and the Myanmar Council of Churches (MCC) on various mission issues. As an example training on Theology was held a number of times at some seminaries the Mae La camp on the Myanmar/Thai border. He also stated that Myanmar Baptist took an active role with the CCA since its inception in 1957. He also thanked the Myanmar Baptist family for the in valuable contribution it has made especially by letting one of its eminent member Dr. Kyaw Than to serve as the second General Secretary of CCA. He thanked the organizer for inviting him to the opening ceremony and hope and pray that if will be a fruitful and successful conference. Afterwards Dr. Myint Myint San (General Secretary of ABWU), General Secretary of KBC of Thailand Rev. Prateep Dee also gave words of greetings and encouragement.
Next, Rev. Dr. Thang Cin Lian (President of IMBF and General Secretary of Myanmar Baptist Convention) then gave a keynote address where he spoke on the 3 quotations by Mr. Philip during the reformation era. The 3 quotation were a) In all essentials- unity b) In non essentials – Freedom/ Liberty c) In everything – Charity and Love. He also thanked all the distinguished visitors and the participants and praised God for giving this unique opportunity to have this conference, which is to be held from 24-28 September in this beautiful city of Chiang Mai.
After a closing hymn was sung the opening ceremony came to a close with benediction which was pronounced by Rev. Dr. Latt Yishey. 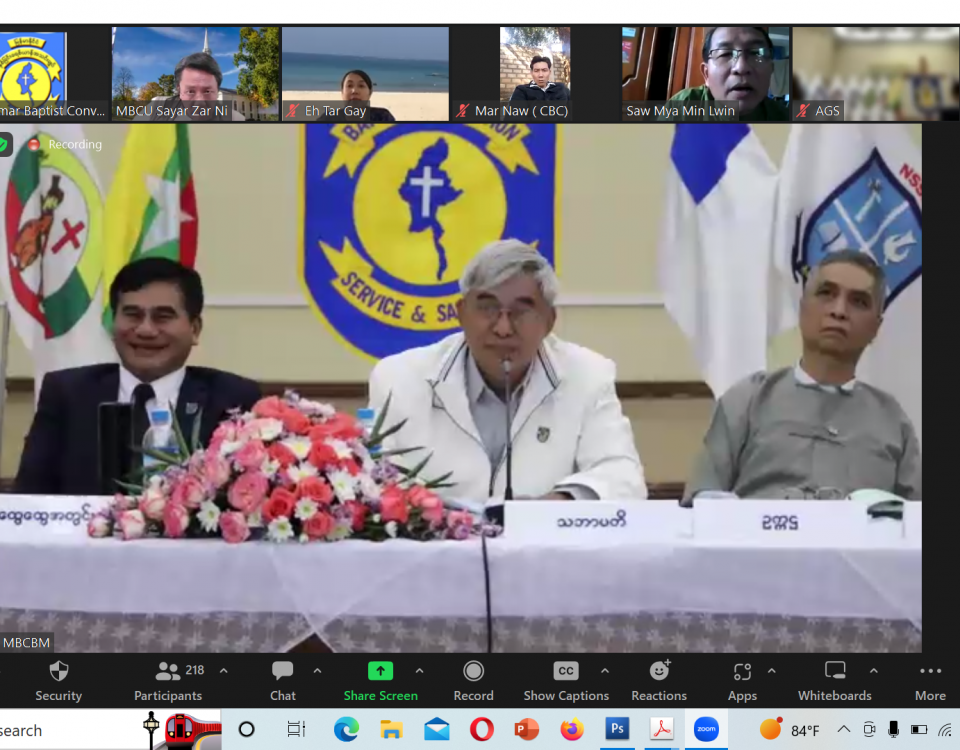 Statement of the Myanmar Baptist Convention 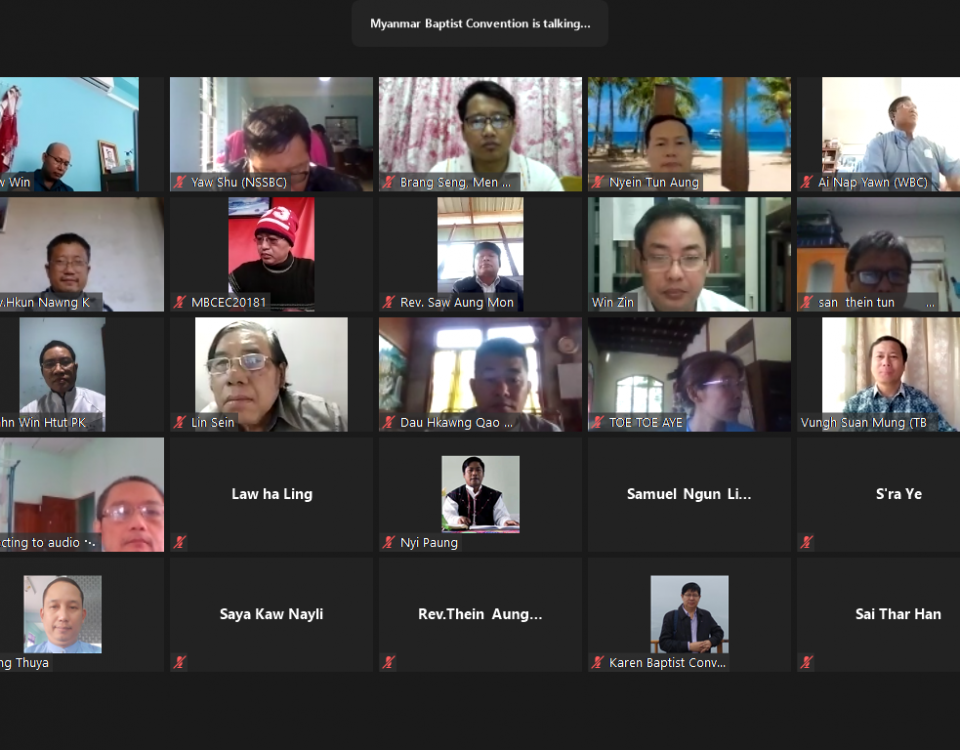